First thing first, Apple won't repair a damaged screen that has been damaged accidentally for free. Even if you have a warranty, accidental damage will not suffice to save your money.

Anyway, if the screen of your apple watch is damaged through a technical fault of Apple, and you have still some warranty left, you can do the repairing for free.

But you have to prove your claims before you ask for the repair. With that being said, let’s jump a little deeper into the discussion. 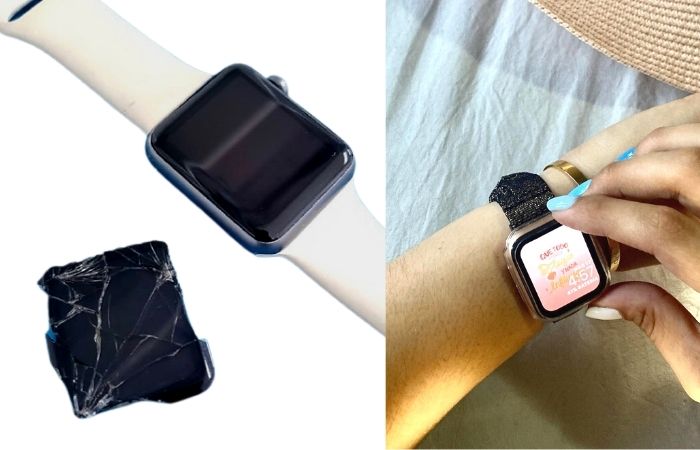 Repairing Apple watch with a warranty

Anyway, if the damage occurs due to some faults with the watch, you will be able to repair the screen for free from Apple service.

Repairing apple watch without a warranty

If you have never repaired a damaged apple watch screen, the high-end repairing price range will keep you baffled for a moment for sure for the first time.

In most cases, the repairing cost of a damaged apple watch screen is almost near (sometimes more) to the price of an Apple 12 display.

The price range to repair an Apple watch screen will be anywhere between $160 to as high as $800, depending on the series and screen type you are using.

For more information, you may check https://support.apple.com/watch/repair/service/pricing 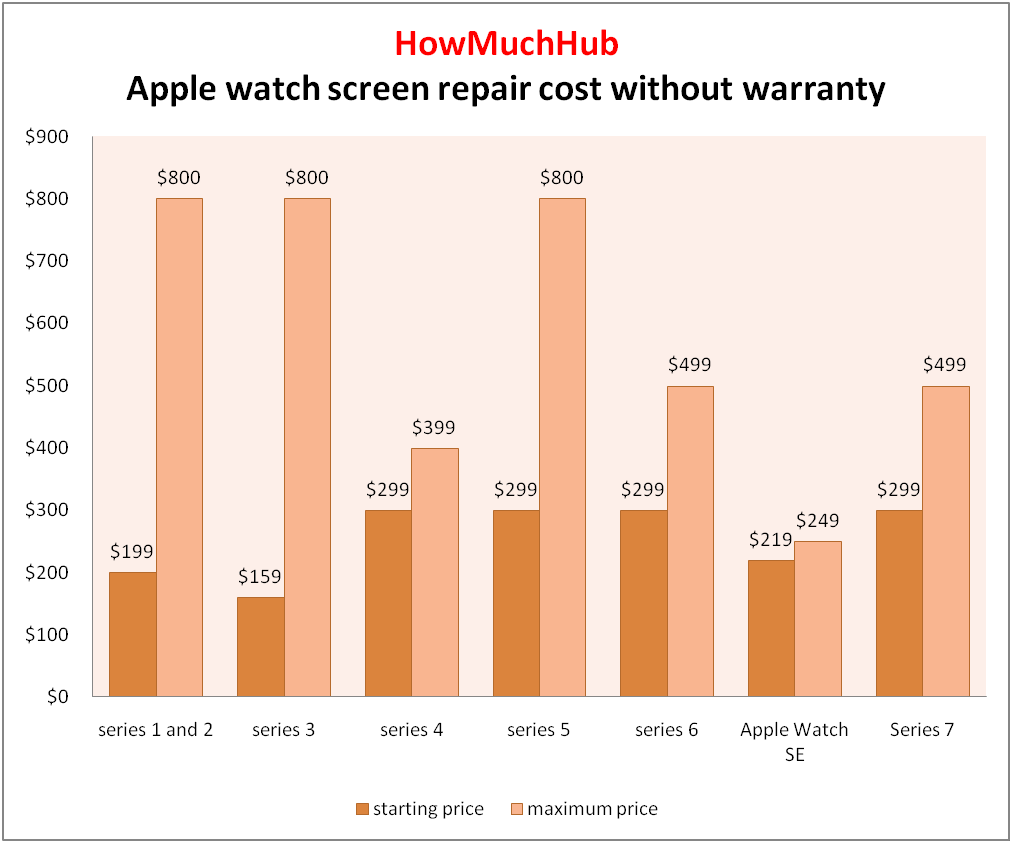 Having an AppleCare+ subscription can actually save a pretty good amount of bucks when it is about repairing a damaged screen of your apple watch.

Under the AppleCare+ service, you will be able to repair the accidentally damaged screen of your Apple Watch and Apple Nike+ for about $69, whereas it will cost around $79 for Apple Watch Hermès, Apple Watch Edition.

If you do not care about Apple’s policy and servicing, you might want to repair the damaged screen of your Apple watch from a professional service provider.

If you give a better look, you will find many of them locally who can actually repair a damaged apple watch screen at a far cheaper rate compared to the original apple service.

On average, professional apples watch screen repair will cost you from $250 to as high as $399, depending on the series and model of your Apple Watch. 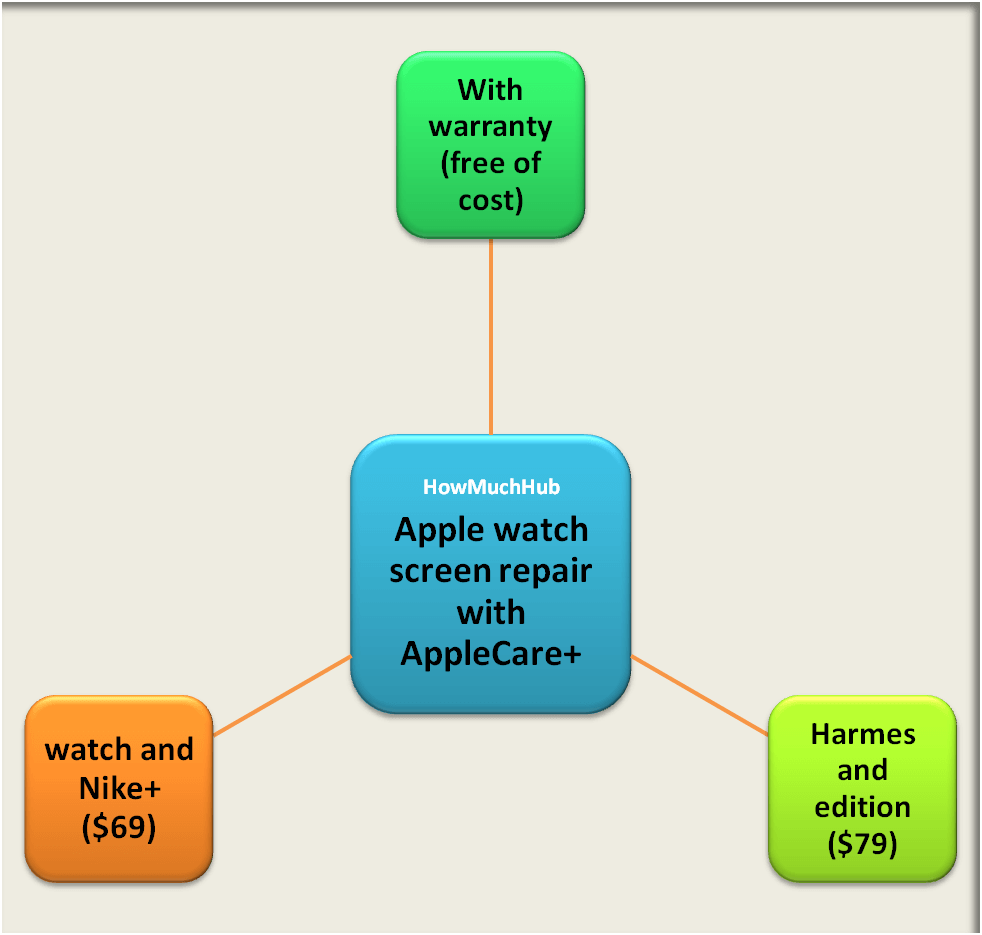 If you think that repairing the damaged screen of your series 1 and series 2 will be cheap, you probably are not thinking about it in the correct way.

The service charge for repairing the damaged screen of your Apple watch series 1 (Aluminum) is around $199, whereas series 2 will charge around $229.

The service charge for the premium Apple watch edition (White Ceramic) will be around $800, which may require a major thought before the repair.

While the basic repair cost for the series 3 is $159, the GPS+Cellular version will cost around $229.

On the flip side of the coin, the premium Apple watch series 3 edition will cost the same $800 dollars for the damaged screen repair.

The basic Apple watch series 4 damaged screen service charge is $299, whereas the price can jump as high as $399 for the series 4 Hermès.

The apple watch series 5 servicing in the United States starts at the price of $299 for the most basic Series 5 apple watch.

For the apple watch edition Titanium and Ceramic, you will have to spend $499 and $800 respectively.

The damage screen repair cost for the series 6 Apple Watch starts at the price of $299 dollars and can reach up to $499.

Like the previous one, the service charge for repairing the damaged screen of your Apple watch series starts at $299.

The Apple Watch Edition Series 7 (GPS + Cellular, Titanium) tends to ask here the most expensive price, which is around $499.

There is no doubt about the fact that repairing the damaged screen of your apple watch is more than expensive.

Having apple's warranty can take the repair cost to a minimum, but what happens if the warranty doesn't apply to the damage? In such circumstances, you can still go to an Apple service center or a professional.

However, a professional can charge you $250 depending on the severity of the screen damage.

It is indeed true that you can go for a professional repair to save your bucks, but doing so may prevent you to lose the warranty service provided by Apple.

Make the simple photographs look like professional ones, but what is the thing that will make your photos professional? The answer is quite simple; it’s a ring light. You can buy a cheaper or expensive ring light depending on your need by spending something within $10 to $130. I can assure you, using ring light…

Rapid growth in technology has been changing the world very quickly. Updated discoveries in this sector also make our life more convenient than before. Orcam read is one of them whose price is about $1700 to $1800. People will find this item by spending $1740 at most of the shops in America. Sometimes one can buy…

If you can’t afford Xbox or PS4 device, then there is an excellent solution for you. Yes, I’m talking about the Nintendo switch.  A standard Nintendo switch will cost you only $300 and you can start gaming on the big screen. If you are worried about which switch you should buy or what amount of…

Direct-to-Garment printing, also known as DTG, is the evolutionary technology for fulfilling the rapid production and meeting of personalized and promotional products. Omniprint Freejet is a known title for this exciting technological advancement. Omniprint is booking their FreeJet 330TX Plus starting with a monthly payment as low as $400. The annual cost will be estimated equally…

Last week, I was moving from New York to Los Angeles, and it was mandatory to take my PC with me for work reasons. But then a thought crossed my mind, how can I ship it cheaply? Typically, shipping a personal computer can cost you anywhere from $40 to $100 and sometimes more or less. The… 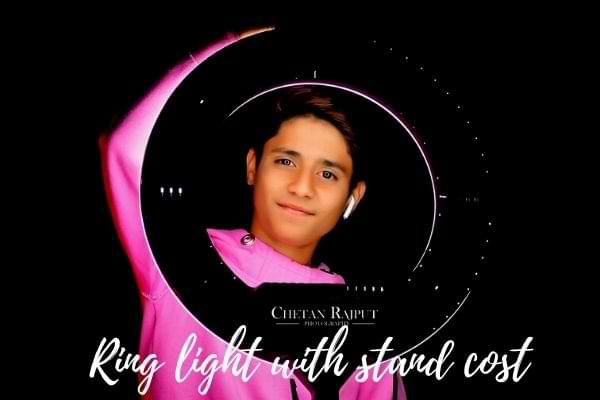 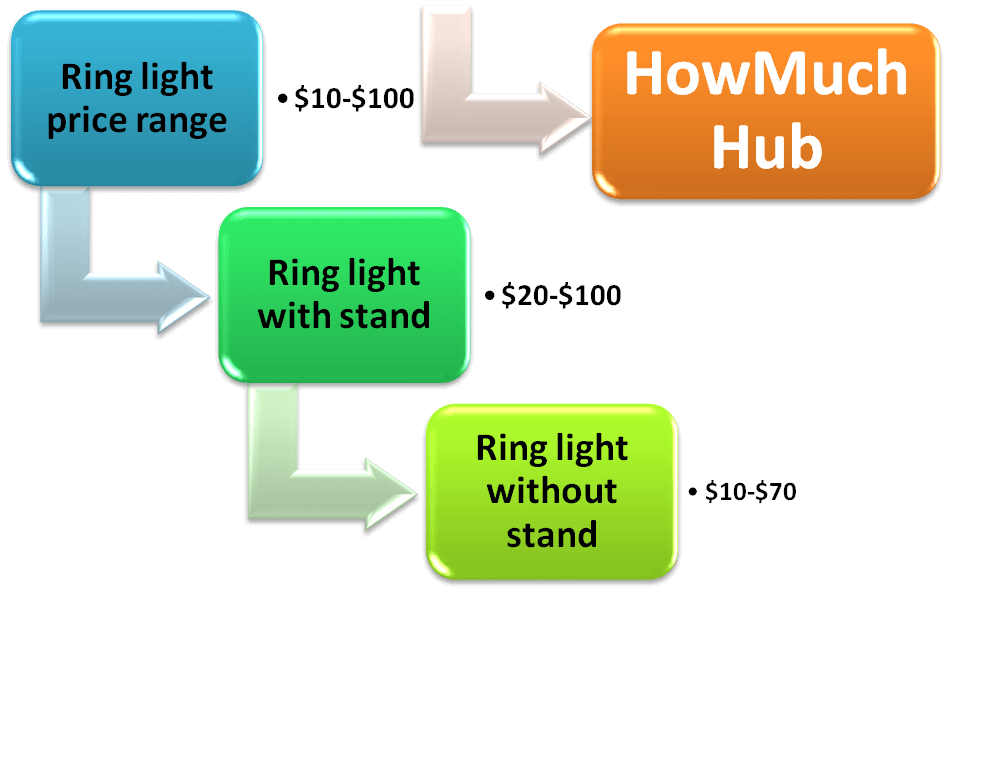 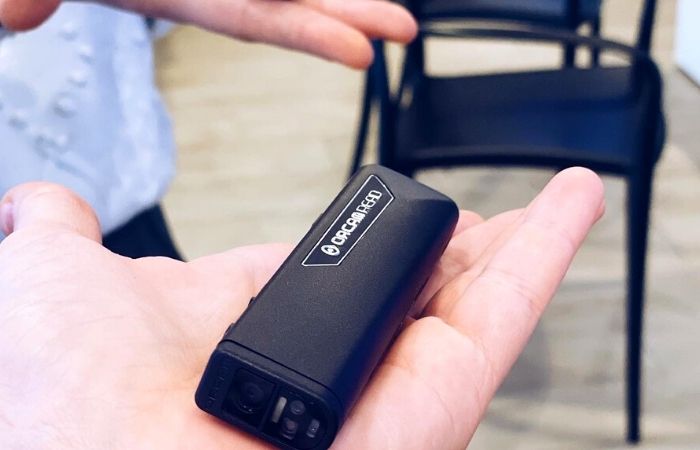 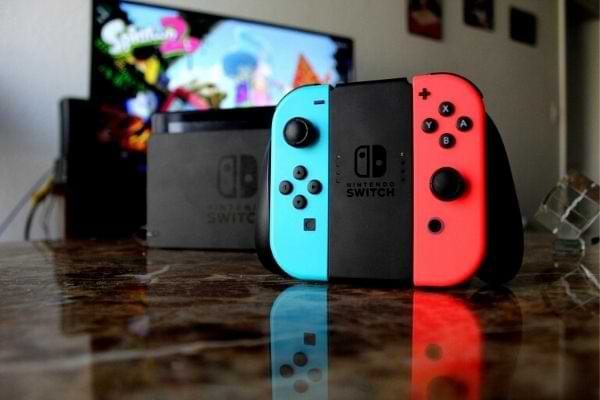 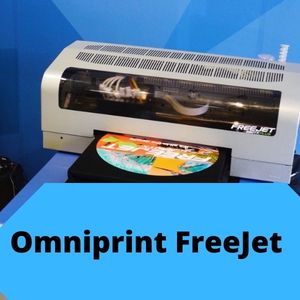 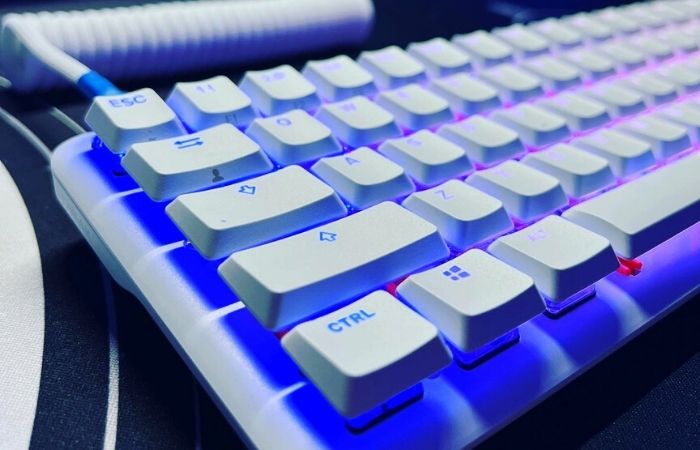 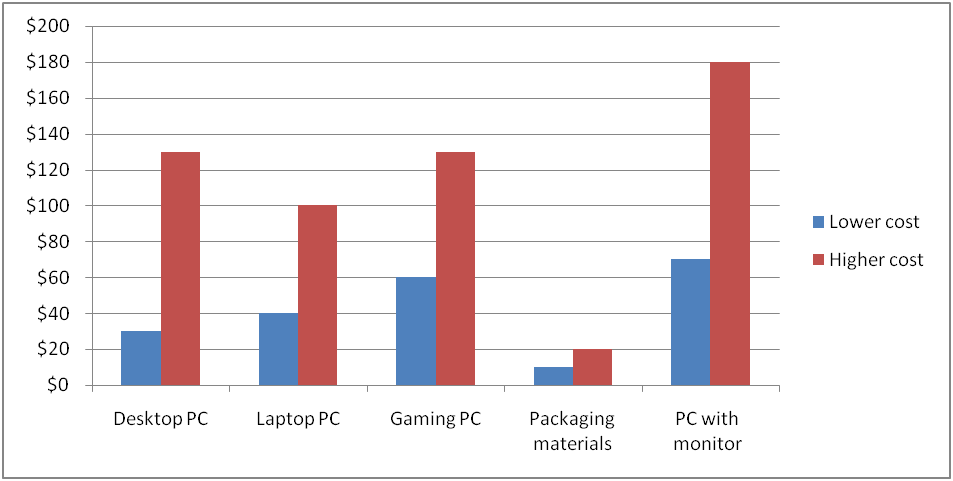 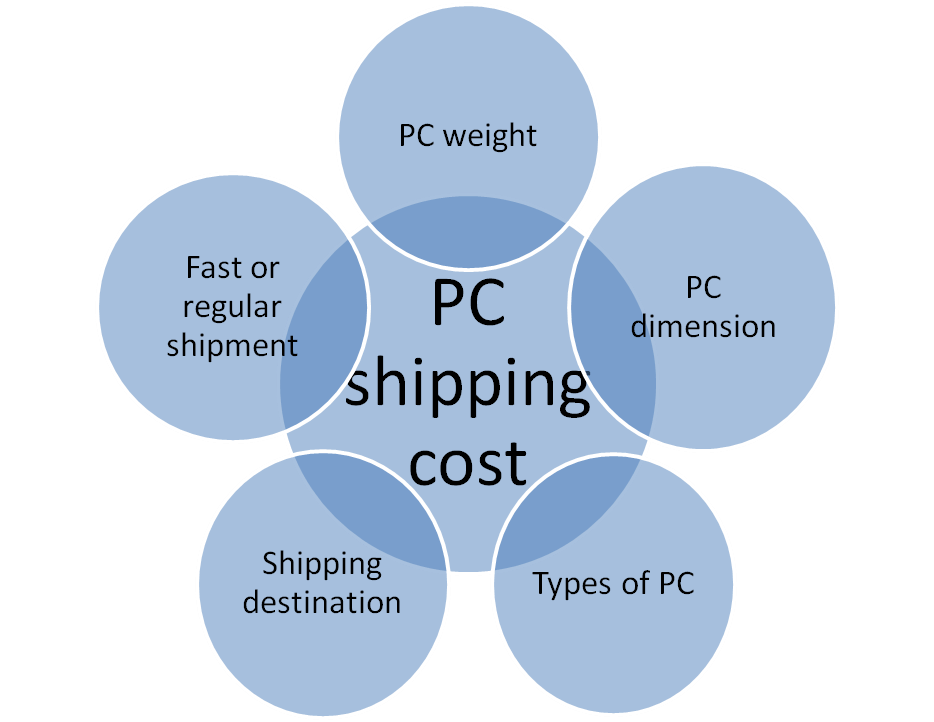