These powerful GPU devices are a source of your most natural and realistic AI-based gaming experience with enhanced Ray Tracing cores and Tensor cores. With high-speed memory and powerful multiprocessors, these graphics cards are capable of changing the course of any extreme and intense gaming stage.

Today we will be covering the GeForce RTX 3070 in our article. We will be discussing the price and all related aspects you need to know about RTX 3070. 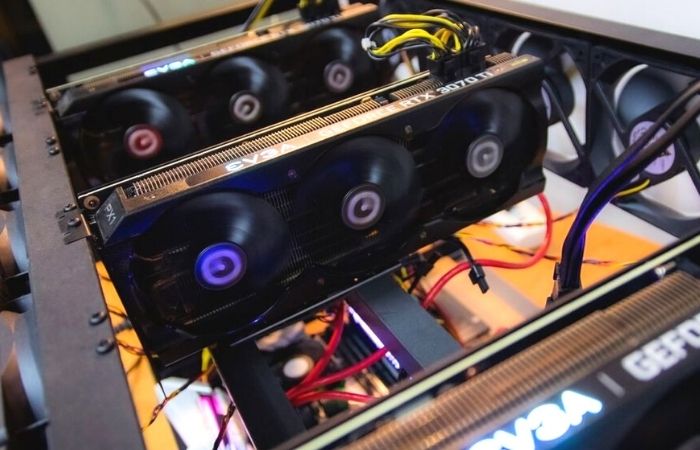 What is an RTX card?

Ray tracing tech has shown us the power of AI-based gaming performance for the first time in 2018 with the first release of the NVIDIA RTX 20-series. The overall appearance of the set and animations are mesmerizing with the AI-based technology and support the features of shadow and light not sighted before.

RTX graphics card are devices that enhances and boosts your computer gaming performance to a greater extent. An RTX graphics card simulates the rays of light. It visualizes the shadows and lights in several dimensions. The reflection of the light source and the ray makes the scenario of the game more lively and vivid.

A complete realistic visualization is processed with an RTX graphics card’s powerful algorithm and processors. The algorithm traces the path of light and simulates the effect of that light when it hits the virtual object.

Competing with other graphics cards, GeForce 3070 is way ahead of high-end specifications. The value and the performances are considerably faster than the previous-gen RTX cards.

Price is likely to drop down in a while since a lot of people consider the announcing price to be a little higher than it should be. We are listing out the prices for RTX 70, 80, and 90 series with the latest price tag.

The latest 30-series graphics cards come with the latest and updated algorithm and source of power. They are upgraded in each of the standards they were made by. The RTX 3070 is no exception to that.

Here we are opting out of the major updates done by NVIDIA to this RTX 3070 graphics card. And a little illustration would do the work we believe.

GPU is clocked further than the previous RTX 20-series models. With a CUDA core grade of 5888, this becomes a new starter to the series while RTX 2070 CUDA cores had a 2304 score. The boost clock and the base clock both are boosted for better performance. The Boost clock is upgraded to 1.73 GHz from the last RTX 2070s 1.71. And the Base clock version is upgraded to 1.50 from 1.41 GHz.

Ram management is upgraded to the core and the GDDR6 ensures high performance of the GeForce RTX 3070.

With many updated and upgraded options of the new RTX 3070, it is now superior to the previous models. 2nd Gen Ray Tracing formula handles the light and shadow more precisely.

Besides, upgraded tensor cores estimate the fun of the VR with a CUDA score of 8.6.

(Note: all the specification scores are acquired based on a PC configured with an Intel Core i9-10900K processor) 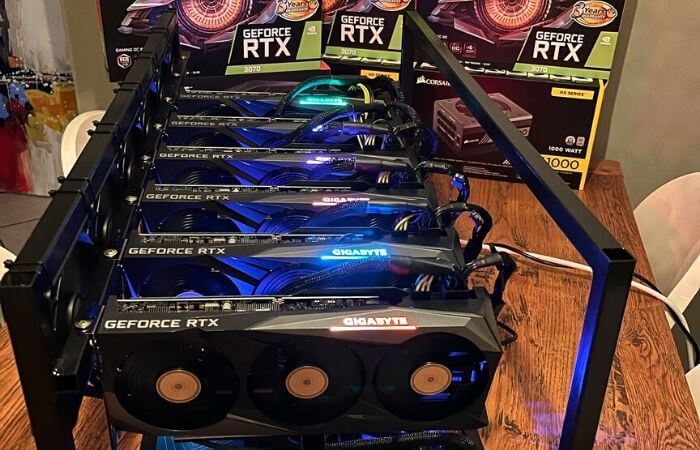 RTX 3070 Ti is an upgraded version of the 3070. It features a more powerful GPU engine with a boosted memory option. It features a CUDA Cores score of 6144 and a higher base and boosts clock.

Thermal power specifications are also upgraded in the 3070Ti for better performance and a reduced rate of thermal throttling.

3080 is the next-gen graphics card by GeForce. The NVIDIA RTX 3080 features a more powerful CUDA Core score of 8960/8704. With 10 or 12 GB of ram options, the GDDR6X is efficient and powerful enough to handle intense AI-based ray tracing VR games.

The thermal efficiency and thermal throttling are reduced more than the RTX 3070 Ti. Additional length is another aspect where the card gets a bump.

GeForce NVIDIA RTX 3090 is the latest of all. The RTX 3090 features the 2nd highest of the CUDA Core scores among the 30-series. Where the 3090 Ti holds the peak position.

With a CUDA score of 10,496 and 24 GB of the highest RAM, this one remains one of the top-performing graphics cards in the market. 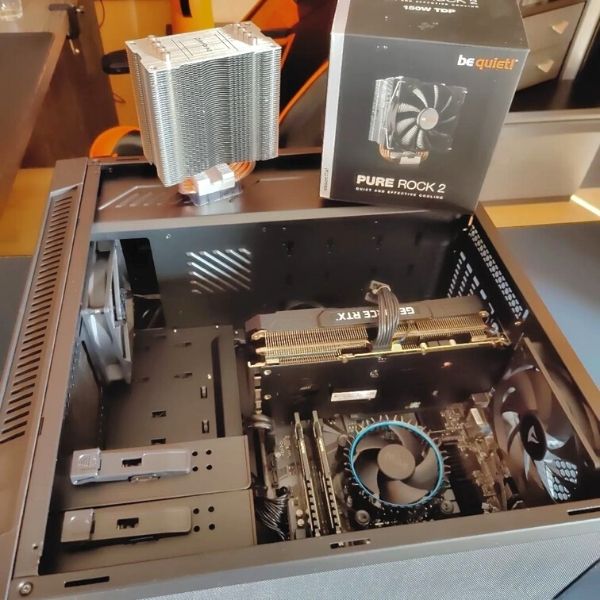 There’s something always behind the strength of a power core like RTX. The NVIDIA graphics card does have fame for some of its unique innovations with powerful graphics cards that make them more efficient and lively.

So, what are the elements that make it so powerful and popular? The power sources are,

So, overall the NVIDIA GeForce RTX 3070 is undoubtedly a good deal. And when the price drops down with some discounts this will be the only value for money for a passionate gamer.

GeForce has been a leading computer components manufacturer and a technology-based company working with AI and computer enhancements. The NVIDIA RTX 3070 is their 2nd Gen graphics card that came across the industry with a more realistic appearance and offers the power of tasting out the core of AI-based gaming.

Still, the price it was launched offers you more than desire. This is a $499 card that will make the gaming expiring more lively and natural. All the technological advancements including the 2nd gen ray tracing technology were surely the beginning of a new era in virtual gaming that expanded with the latest 30-series from NVIDIA.